In blustery rainy conditions Donaghmore Ashbourne took to the field against Kiltale in their 1st match of the Autumn U15 league on Saturday, and came away with a win.

Unfortunately Kiltale were reduced to 12 so we had to leave 4 on the sidelines.
Kiltale were the first to score with some well taken points. Donaghmore Ashbourne answered with a goal from Zara Buckley, which she repeated moments later with much help from Elise Doyle and Abi O’Donnell. Kiltale scored a goal and another point while Robyn Roche scored a point just before half time to level the scores.

The second half began in a flurry with Kiltale scoring a goal and a point. Some great saves by Leah Butler in goals and great defending by Aoibhinn Rainsford, Karen Twomey, Amy Murphy and Ali Synnott kept a valiant Kiltale at bay.
Scores were very forthcoming from Donaghmore Ashbourne with 2 goals from substitute Ava Fraughan.
None of theses scores would have been possible without fantastic team work in mid-field with Rachael Fraughan, Lara Gough and Alice McGrath holding sway.
All the subs coming on in the second half kept up the team support with Claire Magee great in defence while Soraya Pirbazari and Katie Bolger supportive up front.

A great game against a great opposition. 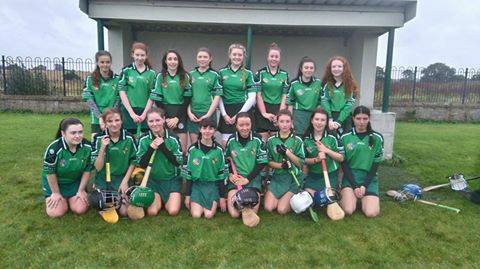