Donaghmore Ashbourne were slow to start this first round championship match against Simonstown Gaels and paid the price in the first half, conceding 5 goals over the half, 3 of them in a devastating 5-minute spell.
Simonstown took the lead with a point in the first minute but Donaghmore Ashbourne hit back straightaway with Faolan Smith finishing to the net a minute later. Simonstown turned over ball and raced down the field and scored their first goal with 3 minutes on the clock. They subsequently scored their second and third with barely 5 minutes gone. Faolan Smith again responded with a point for his team but for the next 10 minutes it was all Simonstown, scoring 1-3 without reply. Liam Finn was black carded on 19 minutes and replaced by Simon Purcell making his championship debut. Simonstown scored again on 23 minutes with a ’45 and added another point on 26 minutes. Smith scored a brace of frees for the Moores and Simonstown finished off the half with and other goal and a point in added time. Half time score 5-07 to 1-03 to Simonstown Gaels.
A different Donaghmore Ashbourne came out in the second half with Danny Deery getting a goal on 32 minutes. Simonstown replied with a point on 37 minutes. Anthony McAlearney took his point on 38 minutes and then with 42 minutes gone Faolan Smith pointed another free. Donaghmore Ashbourne took the game to Simonstown but found it hard to break down a resolute defence and when Simonstown broke they pointed again on 51 minutes. A minute later Darragh Morrissey made a brilliant save from a Simonstown penalty. With time running out Donaghmore lost possession and Simonstown capitalised again scoring another point. James McKeown came on as sub for injured Danny Deery and made an immediate impact, racing through to score a goal on 57 minutes. Donaghmore Ashbourne had chances to eat into the deficit but a couple of missed chances for goals left them with too much to do in the end. A Fergal Heffernan effort just went over the bar for a point which concluded the scoring.
Donaghmore Ashbourne handed championship debuts to Luke Barrett, James Brady, Matt Crumlish and Simon Purcell all of which did themselves and their club proud.
Final Score: Donaghmore Ashbourne 3-06 Simonstown Gaels 5-10 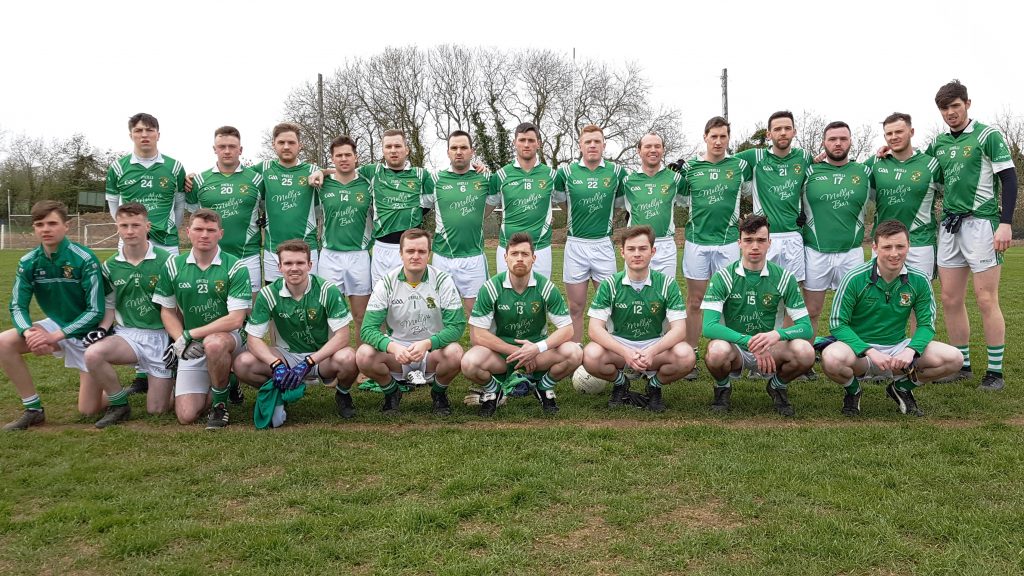